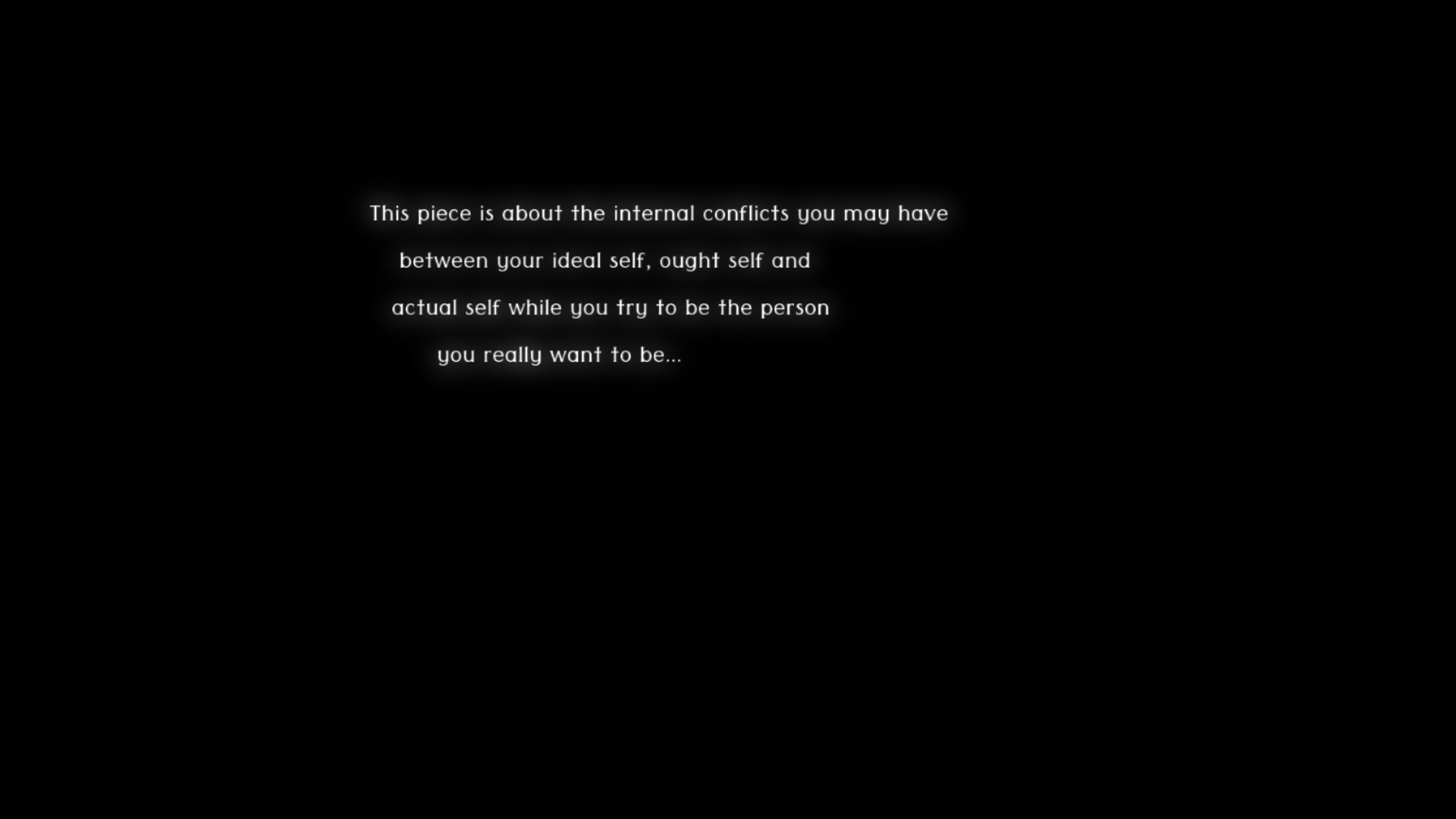 Reconciliation is an interactive installation that recognizes the inner conflicts that arise from the process of finding and building one’s stable and solid personality. Drawing upon from the artist’s personal experiences, the piece also explores the tangly relationship between the different selves within a person and thus intends to aid people in resolving the confusion and confrontation that inevitably hinder the development of understanding who you really are and who you want to be.

The work draws inspirations from several psychological theories, but particularly Edward Tory Higgin’s self-discrepancy theory provides conceptual references to the work as to the notion and interrelation of the actual self, ideal self and ought self, and therefore lays a foundation for the creation of the visual language used in the piece.

Through the use of computational technologies, the piece creates a meditative personal experience in which the audience is invited to become part of a narrative that is broken down into various scenes comprising interactive abstract and concrete visual elements made in openFrameworks and TouchDesigner to portray the meaning and relationship among the inner selves. Different stages are organized to flow sequentially using facial detection technology and programming. The piece captures the audience’s mind and time by displaying all visuals in the form of a virtual triptych, creating a space for self-reflection in a rather distinct style. The audience then interacts through a totem in a pyramid structure, symbolizing the unified relationship between the self-representations, and the calmness detected within the audience in turn affects the visuals and their communication on each screen.

In the end, the work expects its audience to exit with a heightened awareness of such internal confrontations but with a mindset of objectively facing them and any associated emotional discomforts to reconcile with him/herself as the title of the piece entails. 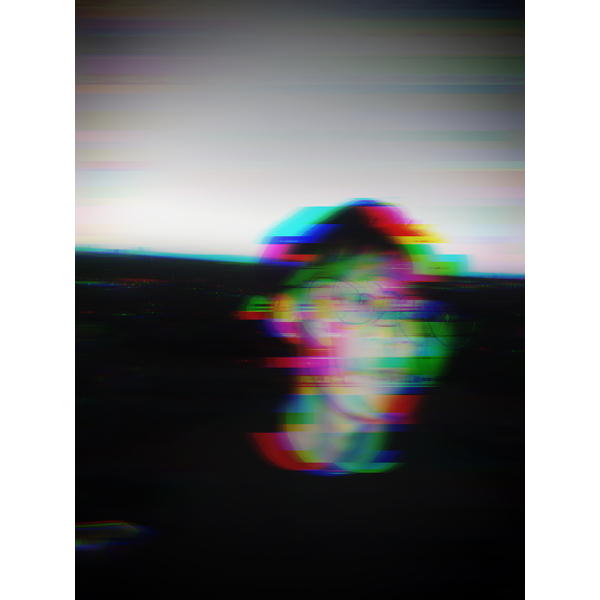 Yue Chen is a creative technologist and designer from Shanghai, China. His current practice primarily focuses on the production of interactive and immersive experiences through various mediums and materials such as sound, light, videos and installations. With his background in digital media and computational arts, he engages with topics related to identities, urban space as well as developing stronger connectedness and conversations among people using digital technology. His long term interest in Generative art and data-driven art has led to a continuous learning of different tools to create works which he share with the public through social networks. Recently he is interested in using machine learning in combination with generative art techniques to seek uncovered dynamics hidden within these technologies.