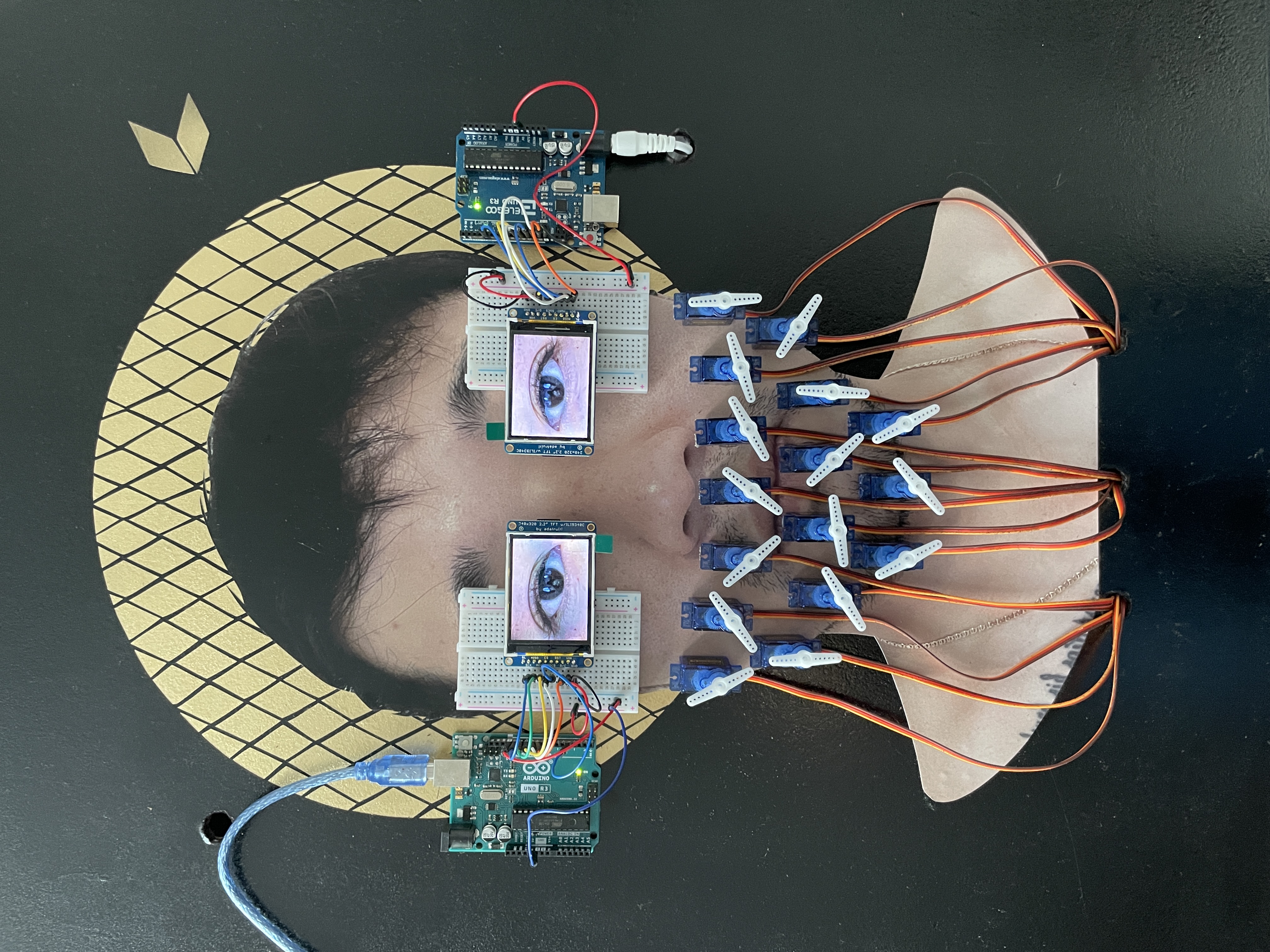 Jittery is an interactive sculpture that uses the movements and sounds of servo motors to capture the visceral repercussions of the anxious body. I use my own history of mental illness and the invisibility of the physical body as vectors for a larger narrative on the human condition, of being hidden and being seen, and on a more intimate level, the anxiety of navigating the world as a queer Asian immigrant. The structure of the work is inspired by artists who work with electronics and moveable pieces such as Daniel Rozin, whose animated sculptures of individual motions that generate a collective movement inspired me to have the same animation in my own works.

Timothy Hyunsoo Lee (b.1990) is a multidisciplinary visual artist born in Seoul, South Korea and raised in New York City. He was received his B.A. in Neuroscience, Biology and Studio Art from Wesleyan University (Middletown, CT), where he developed a scientific vocabulary that translated into his practice. Working across mediums, and exploring themes of racial politics, of migration, of death and legacy, and of sexuality that emerged from personal experiences, Timothy’s works have been exhibited widely at venues such as the Studio Museum (New York), The Wallach Art Gallery of Columbia University (New York), The National YoungArts Foundation Gallery (Miami, FL) and La Casa Encendida (Madrid, Spain). He was commissioned by the MTA Arts & Design to create a public art project for their Stewart Manor LIRR station in Garden City, New York. His works are included in private and public collections around the world, including Facebook (Seattle, WA, USA), The MTA Arts & Design (New York), The Cleveland Clinic (Abu Dhabi, UAE), Memorial Sloan-Kettering Cancer Center (New York), The Basu Foundation for the Arts (Kolkata, India), and Fundacion DOP (Caracas, Venezuela).