Talking To My Brother 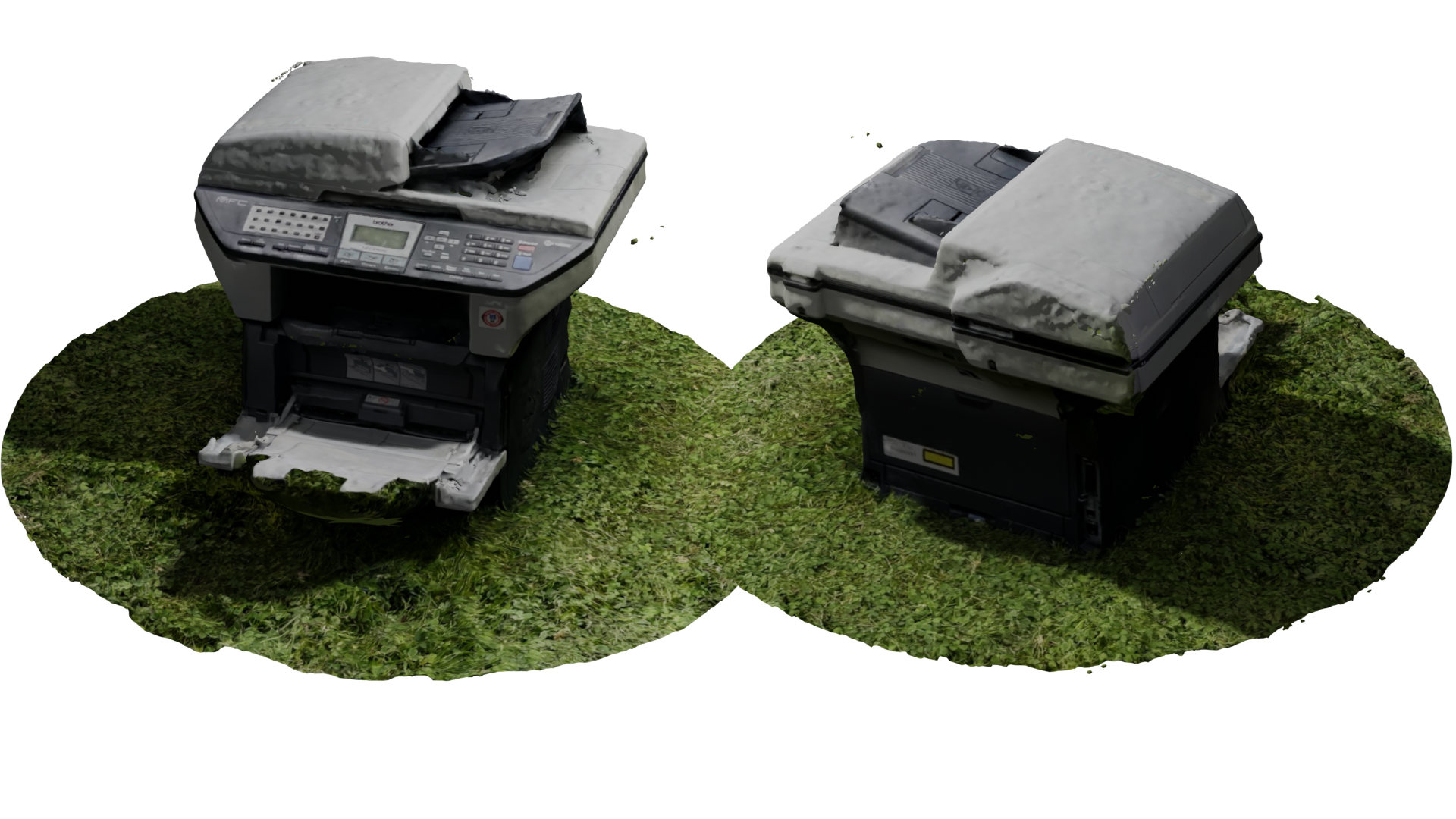 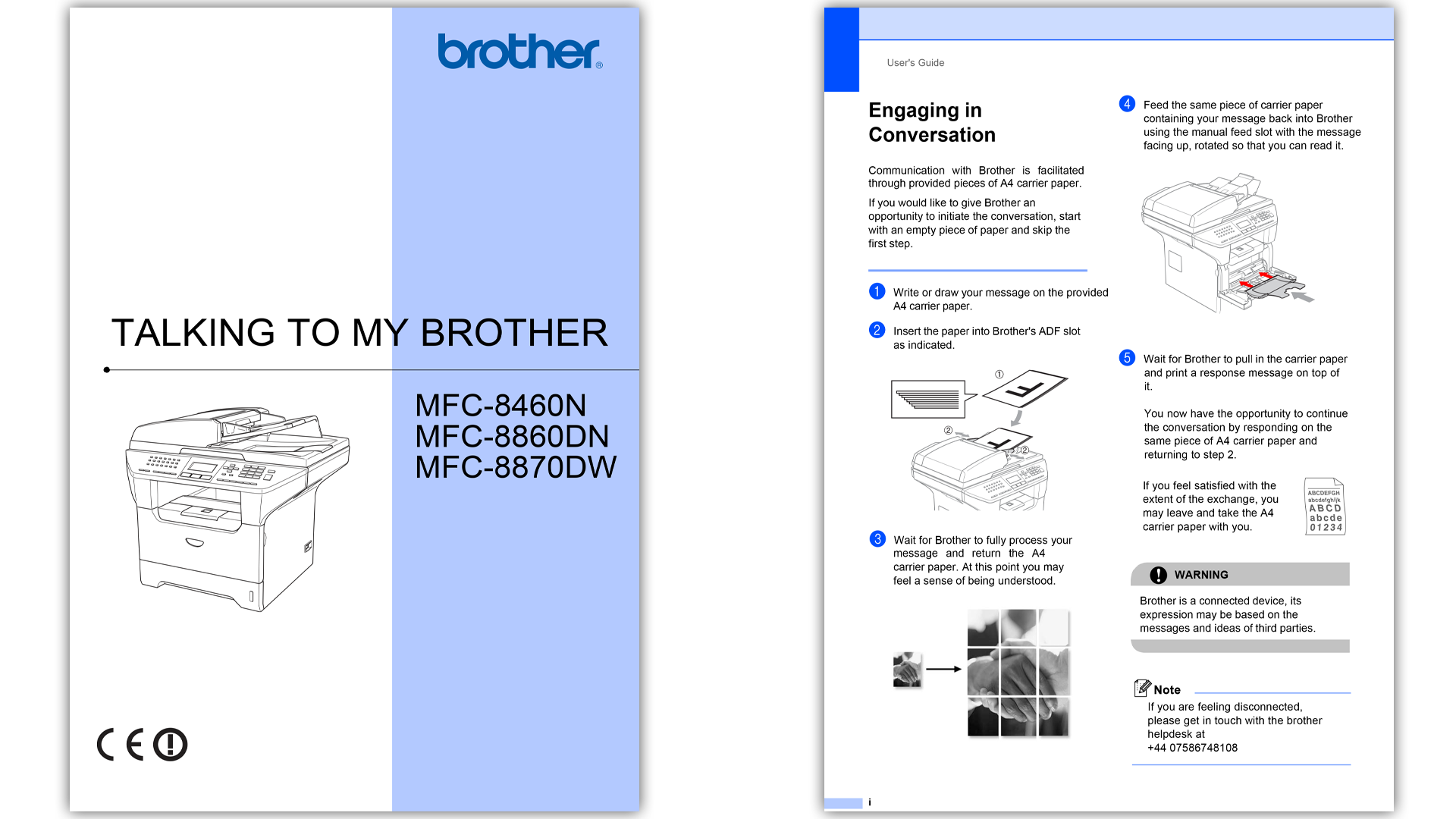 'Talking To My Brother' is an interface between an individual and a Brother MFC-8460N Multi-function printer.

The printer then prints a response on the same paper and passes it back to the individual, who may then respond once again and repeat the cycle, creating a dialogue.

The printer is a connected device, basing its responses on content created by other individuals, published and distributed on the internet, a process of copying and reproducing media, representative of the original role of the telecopying machine before widespread adoption of the internet. Building on the ideas of systems theory and cybernetics, the work attempts to create a network in which the device and the human interacting with it are equal participants. 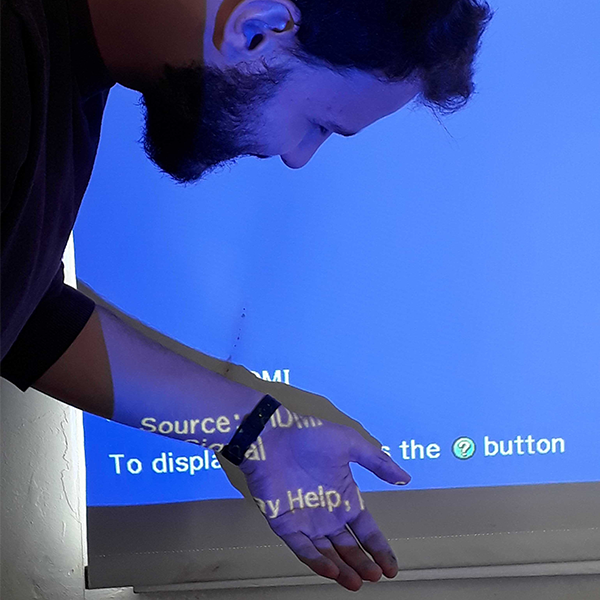 Jonas Grünwald is a German multidisciplinary practitioner, working collaboratively across the wider fields of media art, technolgy and conceptual design. His artistic practice explores the relationship between humans and networked technological frameworks through 'Internet Archeology', and processes of automated and organic discovery of elements and their relationships, as well as the development unconventional tools and interfaces between humans and the digital domain. In collaboration with other artists and designers, he creates web and physically based spaces and experiences as part of self-directed and comissioned projects, in addition to helping run the type platform and foundry 'Gruppo Due' as a founding member.