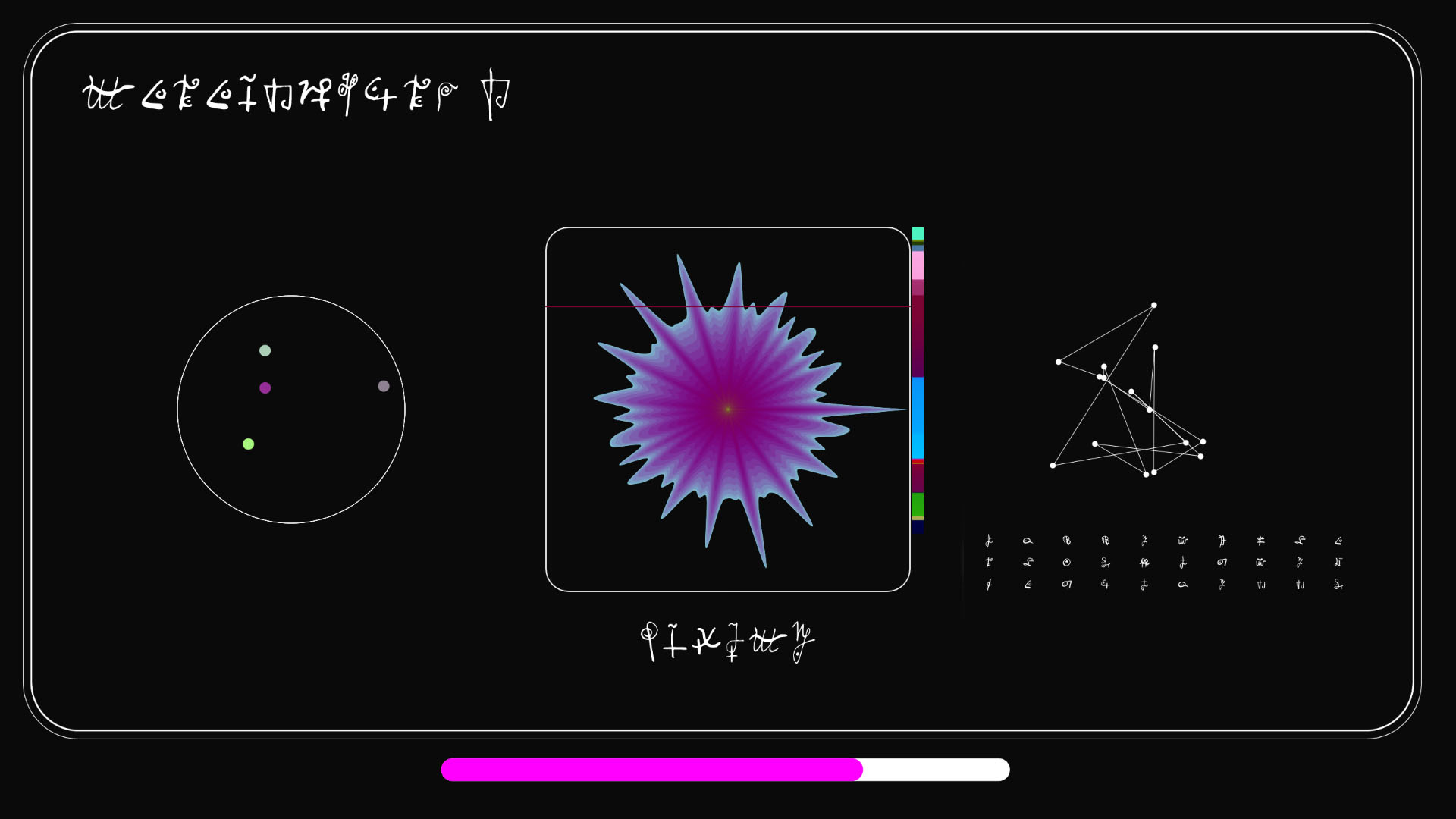 Codex is a collaborative artwork that explores conventions regarding how we categorize and process information. Audience members are invited to use their phones to determine the evolution of alien creatures according to a genetic algorithm, the information of which is sent over a server using web sockets. The life-forms are then scanned and processed, the information of which is presented alongside an alien language.

The piece acts as a commentary as to how we categorize information; it is inspired by various conventions in graphic design, making use of indecipherable shapes and text to provide a visual system. It takes influence from a number of sources that explore fictional worlds and languages, for example the Voynich Manuscript from the 15th century, the Codex Seraphinianus by Luigi Serafini and the Glyph Institute by the electronic music artist Iglooghost. It is also inspired by the history of the written word, specifically examples of texts that have been impossible to decipher. 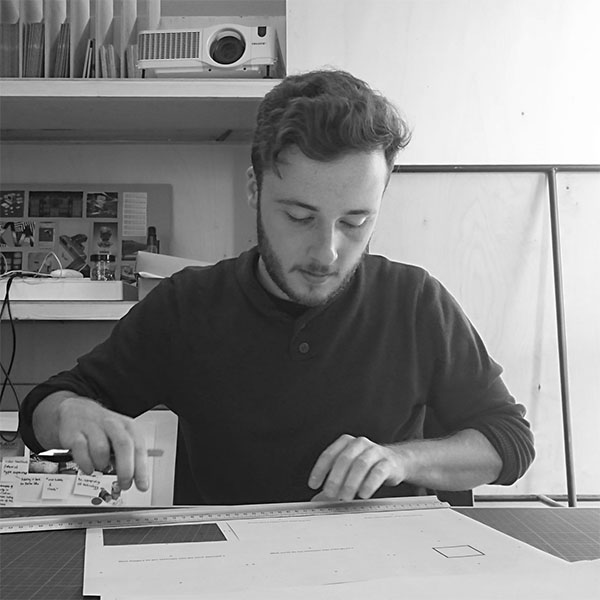 Harry Wakeling is a Creative Technologist with a background in Graphic Design and Computing, currently based in London. His research interests lie in media archaeology, creating work that explores a hybrid approach between old and new technology. Lately, he has been creating artwork involving areas such as machine learning, computer vision and websockets, creating interactive installations that exist both in person and online. Outside of this, he also takes part in a number of exhibitions and residencies to develop his artistic practice, for example a series of commissions at the Barbican, as well as arts council funded residencies for an organisation in Stoke on Trent.