This Virtual Reality project aspires to materialize a stream of consciousness about homesickness, and show a tangled emotional state of “leaving home, missing home, but never returning”. The brain is like a computer, with each person’s brain containing a unique code and all the experiences and emotions hidden in the subconscious functioning like algorithms that perform spontaneous calculations, eventually giving rise to images derived from a stream of consciousness.

On countless occasions, when leaving home, Chaojing’s mind has been beset by the image of pervading seawater gradually rising from under her feet, submerging her whole body, and rendering her unable to breathe. She is like a diver, sinking deep into the sea. Such a stream of consciousness is her personal feeling of homesickness. Deconstructing her imagination, on the surface she seems to feel suffocated because of homesickness, but in truth, it is the contrary. The sea represents the strangeness of new things. We know that when first being submerged into the sea, people have a strange fear. However, once used to it, the underwater world is exhilarating. To equate the feeling of leaving home with sinking into the sea represents not sorrow, but courage - to summon one’s heart and soul to explore a new world.

*« Je me souviens », a French phrase that refers to the official motto of Quebec, meaning “Remember forever where you come from”. 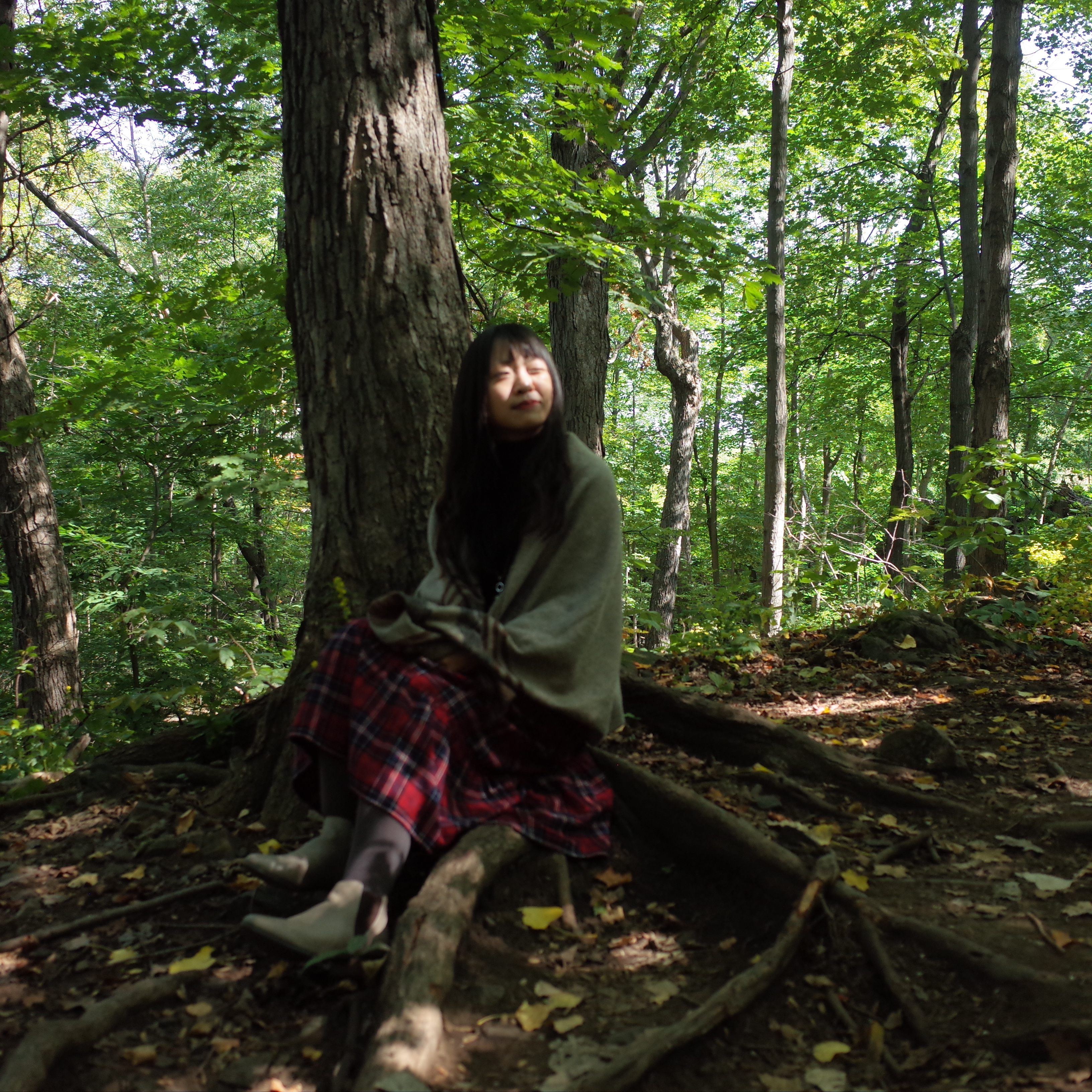 Chaojing is a Chinese multidisciplinary artist. She has an undergraduate degree from the Université de Montréal, and she has a background in Communication studies and Computational arts. With a great interest in interactive storytelling, semiotics, subconscious and lucid dreams, she aimed to visualize the non-verbal feeling through various mediums such as virtual reality, illustration, video, photography, and words. Her work dedicates to finding the connection between the digital world and humanity. Her current work has inspired by lucid dreams and developed an eye gaze method to navigate in the virtual environment, published at 2021 IEEE Conference on Virtual Reality and 3D User Interfaces Abstracts and Workshops (VRW).